While 2020 has been difficult for all of us, it was certainly a year of change, new perspectives and shifts in conventional thinking, largely driven by the COVID-19 pandemic. As the year comes to a close, Lime’s Policy Team has put together our picks for the most insightful, important or compelling mobility journalism of the year.

It is very difficult to choose just one article, but Curbed wrote a piece referencing NHTSA data and a NYU study that brought to light the continued challenges pedestrians, cyclists, and scooter riders face, even as many of us celebrated the decline in car travel on our streets during COVID shutdowns. Traffic deaths as a percentage of vehicles miles traveled actually rose, not declined. In fact, “fatal crashes per mile driven hasn’t been that high for more than a decade.” Rutgers University’s Charles Brown, an expert in equity and mobility, pointed out how it disproportionately impacts black, brown and low-income communities. It’s another important call-to-action for governments to quickly invest in street redesigns, support micromobility, maintain and improve public transit, and for the rest of us to continue to build coalitions to provide them the support they need to accomplish this as quickly as possible.

Is It Time to Revisit Dockless Bike Sharing?, Streetsblog, November 27, 2020

One of the biggest drags on the expansion of dockless mobility has been cities’ fear of street clutter, largely stemming from early pictures of piles of dockless bikes in China. This article from Streetsblog shares news from China that dockless bike share is growing and cities are using performance based regulations to address the clutter concern:

Cities [in China] are increasingly setting up performance-based evaluation systems to renew and terminate permits for operators and adjust fleet sizes based on the quarterly performance.

Performance based regulations sets a standard for how to manage compliance, with consequences or incentives for achieving or failing to achieve city benchmarks. In an industry changing as rapidly as micromobility, performance-based regulatory schemes could be an effective way of balancing well managed streets while allowing companies the freedom to innovate.

Providing first- and last-mile service is one of the most important ways that micromobility helps improve the transportation ecosystem. But nothing moves more people in less space than public transit. This New York Times article documents some of the troubles facing transit in the largest US cities, but low ridership and financial instability is plaguing public transit around the world.

Public transportation is the backbone of our cities, and must be adequately funded for any economic recovery to take hold. People with lower-incomes bear a disproportionate burden of public transit cuts, with longer commutes and higher barriers to opportunity.

However, cuts to public transit doesn’t just hurt city dwellers, it also hurts everyone in the surrounding areas that depend on cities as the engines of their regional economies.

Finally, ensuring a financially sound transportation system is critical to avoiding a carpocalypse, where everyone takes their car for any journey outside a 10 minute walkshed. That’s why we are so troubled by the service cuts and underfunding of public transit—imagine the streets of Paris or New York if everyone drove, there simply isn't enough space! Increasing congestion hurts all residents, with more pollution, higher risk of crashes and slower movement of goods and services.

As we enter the new year, fully funding public transit needs to be a priority for local, state and national governments alike. Without it, the pain of the COVID economic impacts will continue long after the virus is defeated.

This article shares several key insights that transcend this COVID moment in history: political leadership is the key to sustainable transportation, tactical urbanism has an important role to play, and bringing an equity lens to the transportation system can ensure that the benefits are felt by all.

Paris Mayor Anne Hidalgo has rightly received accolades for rapidly expanding her city’s bicycle network, and this BBC article shines the limelight on Bogota’s Mayor Claudia Lopez. In the early days of COVID, Lopez sprang to work to install 76km of temporary bike lanes, the beginnings of what now amounts to 84km of a 624km network. This type of effort has real, immediate impacts - Lime data shows that our riders flock to new bicycle infrastructure.

A key element of Bogota, Paris, and other cities’ efforts is that they have been billed as “temporary”, with the potential to make them permanent. This is reflective of the broader tactical urbanism approach of gathering community input and support, implementing a cheap, quick, but effective urban intervention, and then evaluating the impacts to support decision making.

Research from Lime and others have shown emphatic support for making these “slow streets” and “corona lanes” permanent. But the article rightly points out the importance of gathering community input - not just from the usual squeaky wheels but from all parts of the city - in deciding how and where to implement these changes. Oakland, CA has led the way in this regard, with an inclusive approach that pre-dates COVID and has continued throughout.

How the Coronavirus Recovery Is Changing Cities, Bloomberg CityLab

This year, almost overnight, building bike infrastructure, creating slow streets, and adding space for pedestrians became widely accepted concepts. Where once apprehensive or halting in their approach, many cities rushed to complete these projects when public transportation stopped running and people needed to get outside safely. Projects urban planners, cycling and complete streets advocates have pushed for decades were suddenly prioritized as COVID-19 may have presented a tipping point for cities to recognize their broader value.

Bloomberg's CityLab did an excellent job of detailing and illustrating some of the changes cities made to manage the coronavirus, including the reconfiguration of our streets, the reclaiming of parking lots as parks, and the impact of the work-from-home lifestyles.

The question for 2021 is how do we maintain the support and momentum for reducing our car-dependency and create more space for people to walk, run, and bike — and how do we do so equitably, so that communities of color are prioritized. I'm excited for our the advocacy program we launched this year, Lime Action, to take off in 2021, to connect our millions of riders with the organizations, campaigns, and ideas that have the potential to create people-first cities.

Reasons For Hope On Our Streets, Transportation Alternatives, December 11, 2020

This article touches on so many points over the past year, but two sections that stuck with me most were:

This article dares us to dream of a different reality, one that is not dominated by cars - a dream many of us, until March 2020, couldn't even imagine. However, when the world came to a screeching halt due to lockdowns caused by COVID-19, urban centers emptied out and a virtually car-free silence descended upon city streets across the country.

Automobiles kill around 90,000 Americans every year - about 40,000 in car accidents, and an estimated 50,000 more from long-term exposure to air pollution emitted by cars. These facts are known, so let’s talk about the facts that are not. Cars are profoundly wasteful in the physical spaces they occupy. Most American cities have been built around the movement and storage of cars, from small businesses ringed by parking spaces to gas stations on every corner. This loss of land in our most populous cities is staggering, and in some instances is taking up the space that could otherwise house millions of people. At the end of the day, private cars present an enormous and unnecessary challenge to those who are already inequitably dispositioned in the growing urban landscape. If we are able to fight the urge to bring back personal vehicles into our city streetscapes, their absence has the ability to positively impact the life of every city dweller, not to mention saving tens of thousands of lives every year.

By reimagining our large urban arterial streets we can reclaim land for everyone’s use, prioritizing pedestrians and micromobility users and reducing carbon emissions in a meaningful way for the first time. Reducing carbon emissions from private vehicles not only has local implications, but can affect public health on a regional scale. Altering the streetscape to prioritize pedestrians is not foreign to us, Park Avenue in Manhattan when it was constructed in the early 20th century was true to its name - as a large park once ran down its center.

This is not an attack on cars, but our growing dependence on them. At the moment, our urban spaces are deficient in accessible physical space, affordable housing and are abundant in homelessness and indoor overcrowding. We have the technology and ability to be more efficient in every way … so why shouldn’t we be?

And also this (credit, the Air Mail): 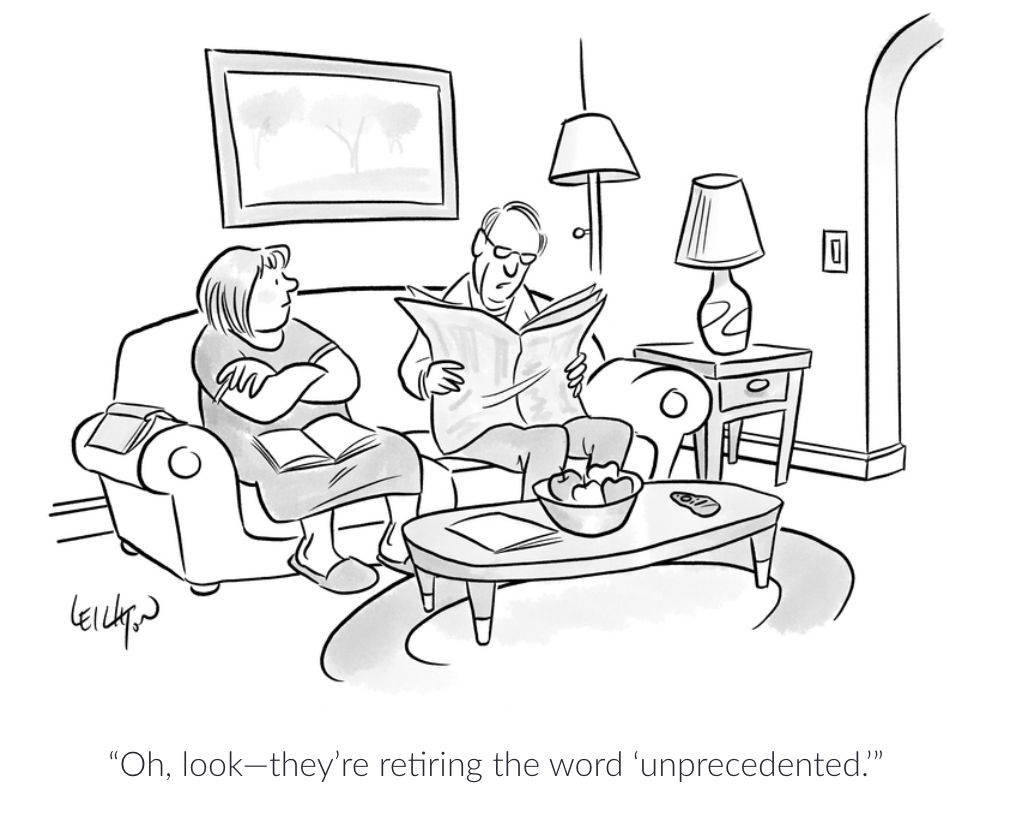