The city of Toronto is considering a pilot e-scooter program in 2021. To better understand the local sentiment around scooters, we put the question to locals: do you support an e-scooter pilot? 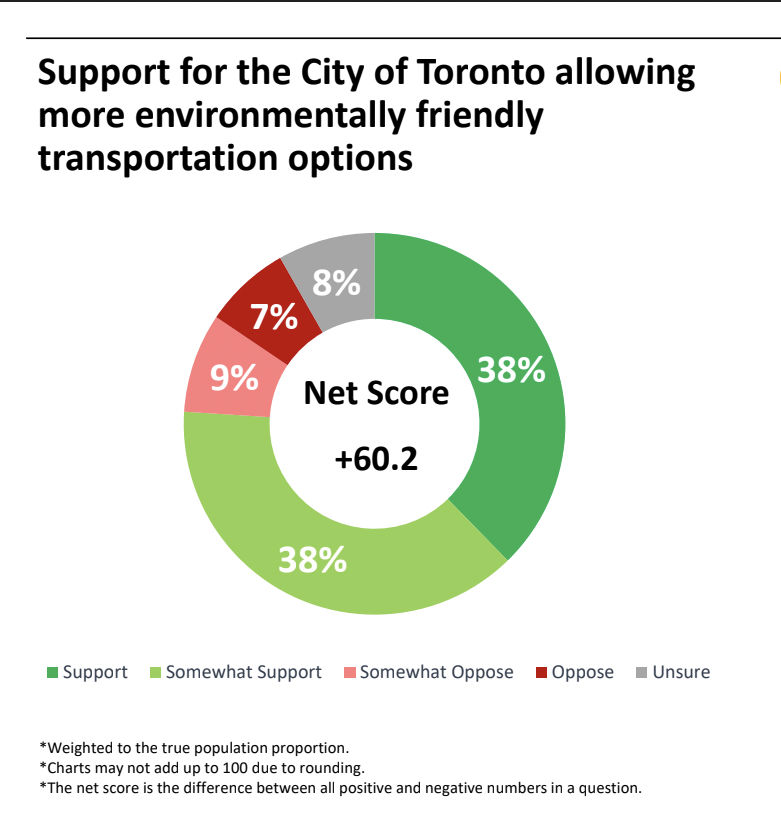 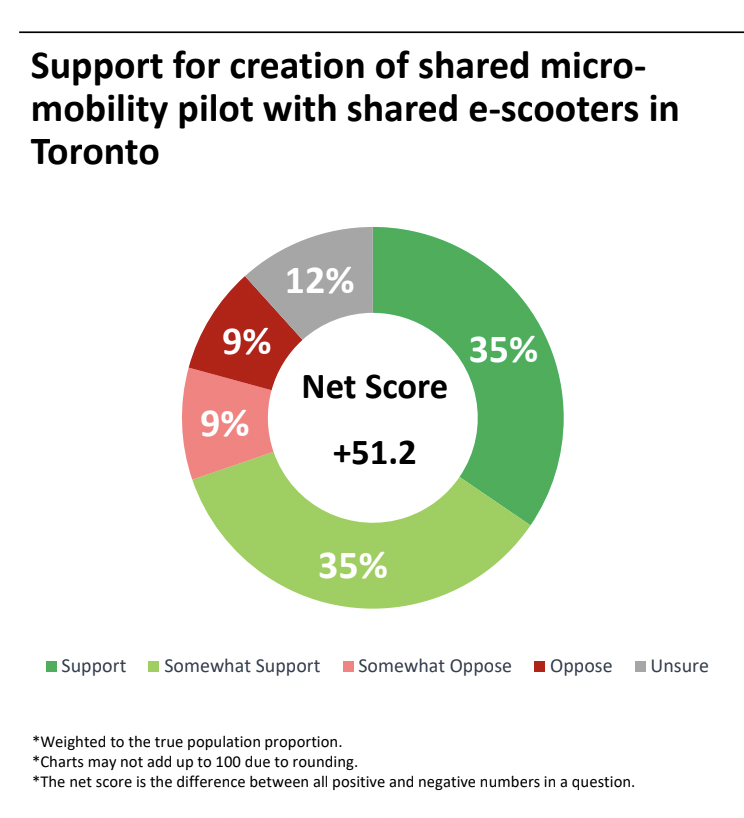 The poll also revealed that the public strongly supports proven solutions to keep streets safe for all users. 85% of Torontonians support or somewhat support lock-to (riders required to lock shared e-scooters to bike racks or permitted municipal infrastructure at the end of the trip), and 87% support or somewhat support fines for riding or parking misbehaviour. These solutions were compelling for those who were opposed to the scooter pilot: 54% of those opposed to the pilot supported lock-to solutions and 72% supported fines. 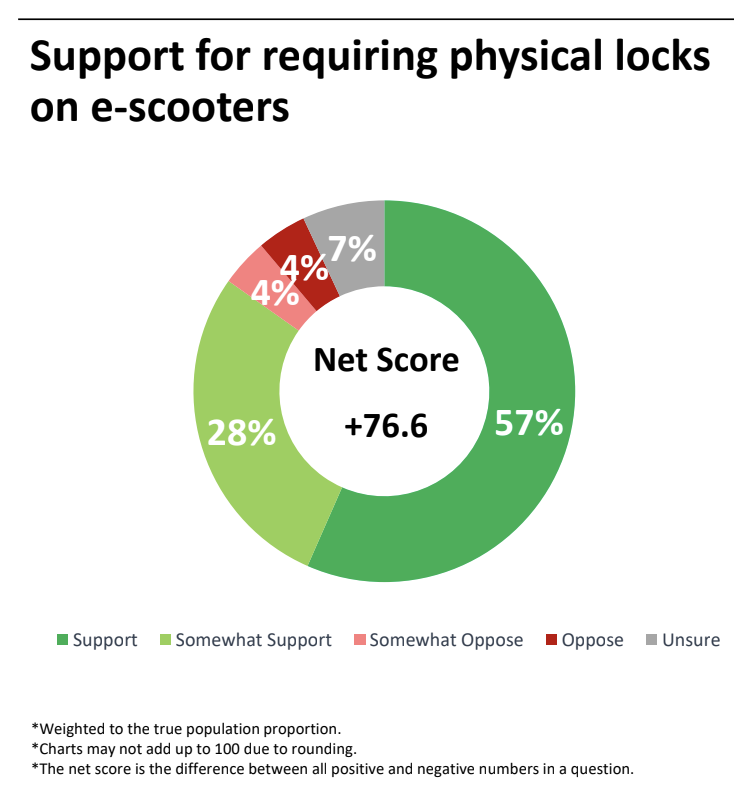 “This is a sign that Torontonians are eager to try out proven safety solutions that Los Angeles, London, Paris, Calgary, Edmonton, and Ottawa are already on board with,” said Jen Freiman, Toronto-based General Manager of Lime Canada. “Toronto residents are ready to embrace best practices from other cities like  Chicago, where physical locks on shared e-scooters led to a 79% reduction in parking complaints and where many people with disabilities have welcomed the city’s shared e-scooter program as a solution for people with mobility needs.”

“At Lime, we are working to design a shared electric scooter program that works for Toronto. We work to partner with cities, and we believe we can find a common ground with Toronto to offer a safe, accessible, affordable, and sustainable way to get around the city. It is clear to us that the status quo in Toronto is not acceptable in achieving Vision Zero. At last count, 42 pedestrians per year (out of 64 overall traffic fatalities) were killed in Toronto streets, and 80% are over 55. We have found success in cities around the world in ensuring safer streets by giving people an alternative to cars, not an embrace of the unacceptable status quo. Working together to promote safe riding for riders and non-riders alike, we urge Toronto to move forward with a pilot program this year as people look for safe, open-air ways to move around,” said Jonathan Hopkins, Strategic Development Director for Canada.

Read more from the poll here.

Methods: Nanos conducted the random online survey of 751 residents of Toronto, 18 years of age or older, between April 14th and 16th, 2021. The research was commissioned by Lime and Bird Canada. The data was statistically weighted to be representative of the City of Toronto and is a true representation of opinion at the time of the fieldwork.